I talk for a living so it is rare that I find another speaker captivating. But this time it was different. There was a man talking on stage who had my rapt attention as soon as he opened his mouth.

That man was Adonis Adoni.

Adonis had just been awarded the title of the Best Insurance Advisor at Universal Life’s award ceremony, and this was his fourth win in a row. He was on stage to tell us how he did it. 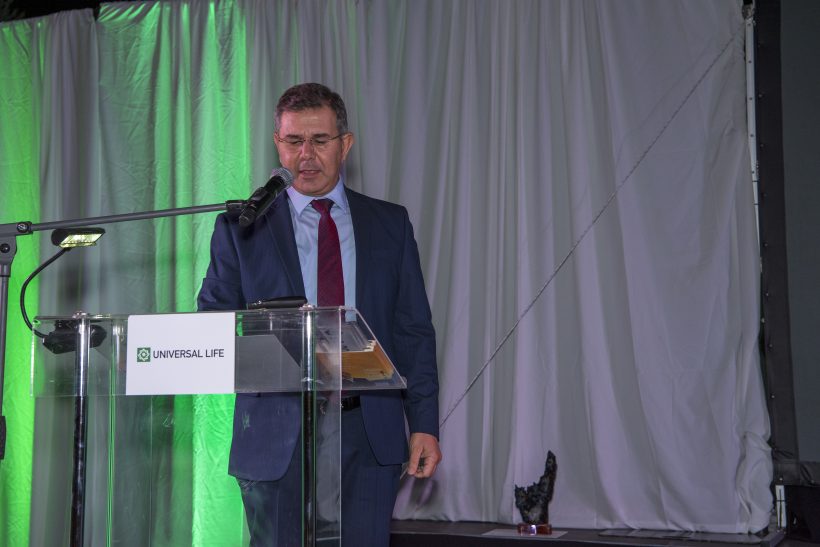 There he stood, invited to impart his wisdom. Right out of the gate, he said something that caught my attention, “It’s difficult to talk in front of colleagues who are that successful. It would be much easier to talk in front of 1,000 people and talk about an insurance plan.” His humility was evident and it hit home when, with tears in his eyes, he began to thank everyone who had helped him throughout his career. He singled out a member of the audience, Maria Yioli, as a great influence. That was the exact moment in time that I understood that winners in business – and in life - exemplify humility and appreciation as their number one trait.

I was drawn to what Adonis was saying because we share a similar outlook on life and business. It was as if everything he said could have come out of my own mouth. For Adonis, clients should, first and foremost, be seen as people, human beings. Therefore soft skills are important to him, as you can see in the tips he offered to his audience:

Covid has caused many of us to struggle both personally and professionally. But, according to Adonis, we still have obligations to meet. These obligations - be it rent, relationships or loans - will probably remain constant and so will the pressures they place upon us. The ‘remedy’ is to for us to keep evolving, to keep being proactive and resourceful if we are to adapt to our new circumstances. As needs change we need to change as well in order to remain relevant.

I would like to leave you with a final thought. Adonis’ humility, both on and off stage, reminded me of Jigoro Kano, the father of Judo, who whilst on his deathbed summoned his students around him and asked them to bury him in his white judo belt. The symbolism here is not lost. The highest-ranking martial artist of his discipline embraced the emblem of the beginner for his life and beyond. For Kano, the journey of a successful life-long-learner was never over. Mastery is a pursuit that never ends.

Adonis' thesis was that we should never stop striving to be our best and that no skill, whatever it might be, can ever truly be mastered; whatever we do, we should always work to improve ourselves and our future prospects.