People often say, “Expect the Unexpected”. This means that no matter how well prepared you’re for something, you can never be 100% sure that everything will go according to plan. It’s happened to me on several occasions, but never in the same way it did recently – and certainly not with the same result.

Perhaps the worst thing to happen when you’re giving an address or presentation is to be interrupted by an audience member. It takes you by surprise, throws you off kilter, and breaks your communication with everyone else in the auditorium.

So, picture the scene: I’m delivering a keynote speech to the owners, directors, board members, country representatives and the CEO of Grand Automotive (GA). GA is 95% owned by Taavura Holdings Ltd, an Israeli conglomerate with more than 6,500 employees and annual revenues of €1 billion. I have the full attention of everyone in the room and I’m confident that this is going to be a very successful address.

Suddenly, the words “Excuse me!”  ring out from the front row. I’m taken aback. Did something happen? Did I say something wrong? It takes me a few moments to regain my composure, but the man in the front row isn’t done.

“Thank God Israel is not far from Cyprus. I can fly you in to address my team who is not here today. It won’t cost me much,” are his exact words. I give him and the audience a smile, feeling somewhat relieved on the one hand and embarrassed on the other. I continue from where I had left off, get back into my groove and eventually end my speech to great applause.

Of course, this is not the end of the story. Rather, it is the start of a brand new one.

The exuberant man in the front row was Zeev Livnat, one of Taavura’s three owners (his brothers Zvika and Shay being the remaining two). As soon as I’d finished my speech, Livnat approached me to enthusiastically share the remarkable story of his father who had founded the company. I will now share this story with you. 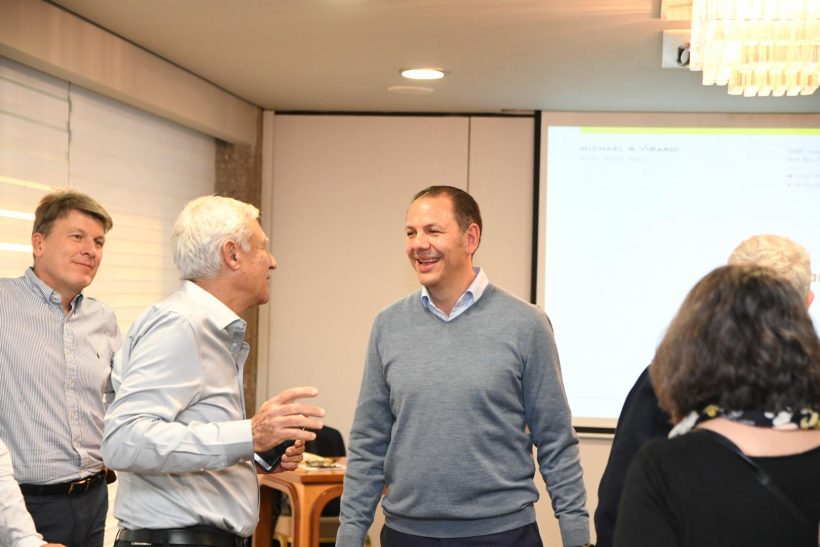 Avraham Livnat – nicknamed Bondi – is a legend in Israel, and a holocaust survivor. An engineer by trade, he was living in Budapest when the Nazis invaded in 1944. He soon found himself in a concentration camp, tasked with dismantling bombs dropped by the Allied Forces but which had failed to detonate.

He was sent into the fields of Hungary unaccompanied (the Germans didn’t want to risk losing any of their soldiers in a possible detonation), to carry out what we would today describe as ‘controlled explosions’. Bondi obeyed his captors’ orders until Allied planes started dropping leaflets saying that any prisoners of war should try to escape as the Nazis were exterminating Jews in the camps. He quickly planned his next move, driving his truck to where a huge unexploded bomb lay. Retiring to a safe distance, Bondi used a long fuse to detonate the bomb, and which blew his truck up into the River Danube. He then swam 40km, with German soldiers shooting at him for much of the way. 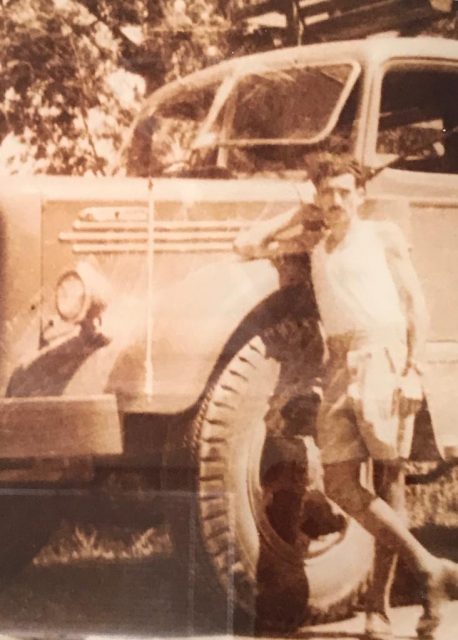 Bondi with his great escape truck[/caption]

After lying low in a Hungarian’s house for a few days, Bondi walked another 40km back to Budapest where he was issued with false documents that enabled him to escape the terrible fate of so many other Hungarian Jews and made his way to Israel.

Had anything gone wrong with this escape plan 75 years ago, there would be no Taavura Holdings Ltd today - and no keynote address by Michael Virardi for Bondi’s son to interrupt so unexpectedly. To say I was humbled and inspired by the story is an understatement.

Later that evening, during the gala dinner, Zeev Livnat told me more about his father and shared some of his wise words. These resonated with me and will be incorporated into many of the addresses that I will be giving in 2019. Let me however give you a glimpse of three of Bondi’s inspiring mottos:

Bondi advised all three of his sons and their extended family to never leave difficult situations unresolved. The best course of action is one that is effective and immediate.

“On a quality button, I am willing to sew a suit.”

Bondi always believed in quality in everything: quality material, quality people and quality relationships. He knew that quality in the smallest of details (buttons) would ensure similar quality in the essentials (the suit).

“God created certain people when he was in his best mood.”

God was certainly in a good mood when he created Bondi who, until the age of 90, would stand at his company gates and shake the hand of every arriving employee. According to his closest associates, he remembered everyone’s name by heart and would call it out as they approached. Caring for one’s fellow man - and demonstrating it - is a key element of all religious faiths.

From Past to Present

Bondi died 18 months ago at the age of 93. For his 90th birthday, his family reunited him in Israel with the Hungarian man who hid him and helped him in his great escape. I may not have met Bondi but I am grateful to have met his sons, heard his amazing story and been inspired by words spoken by him decades ago that remain relevant today. Isn’t this the definition of wisdom?

One more event, one more keynote address, many more lessons to learn. What a way to end 2018! Expect the unexpected in 2019. 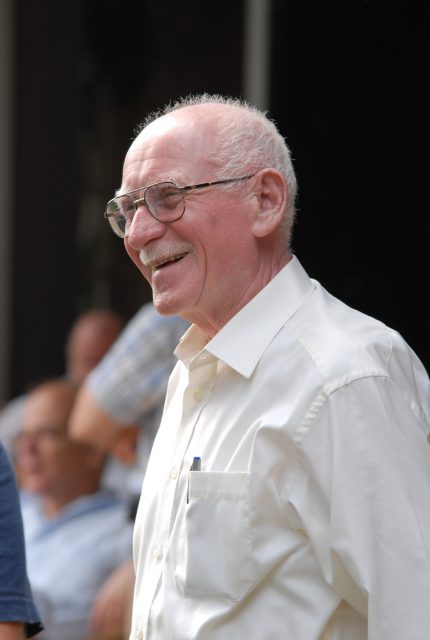