"The true measure of the value of any business leader and manager is performance." Brian Tracy

In my last post I gave seven tips that nobody should ever want to adopt since they represented a quick-fire way to be the Worst Manager Ever. I was delighted that the article resonated so positively with many readers (you clearly recognised many of those poor managerial traits in people you have worked with!) but I think it’s only fair that I redress the balance and come up with seven tips that you should definitely adopt if you wish to be not only a good manager but the Best Ever. After all, in a survey released less than two years ago during the day of celebration of National Boss Day (for those wondering which is the day, note that it is the 16th of October), it was revealed that 65% of participants say getting rid of their boss would make them happier than a salary increase!

The 7 tips are the following:

On the face of it, being the Best Manager Ever may seem like a lot of hard work but my experience, working with some of the most successful managers in over five continents, has shown, that it is not. Being the Best Manager Ever, however, requires being thoughtful of the impact of your words and actions. It requires that you think differently than the majority of the managers out there and it starts with your willingness to implement all of the above seven steps. As the legendary football manager Arsène Wenger once said: “I believe one of the best things about managing people is that we can influence lives in a positive way. That's basically what a manager is about. When I can do that, I am very happy.”

Think of the best manager you have worked with: What was it that made him or her so special? I’ll be delighted to hear from you. 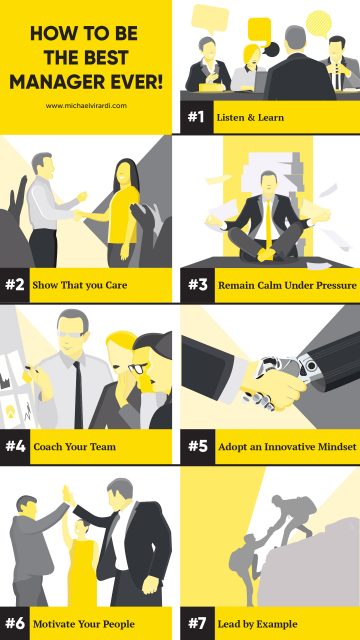