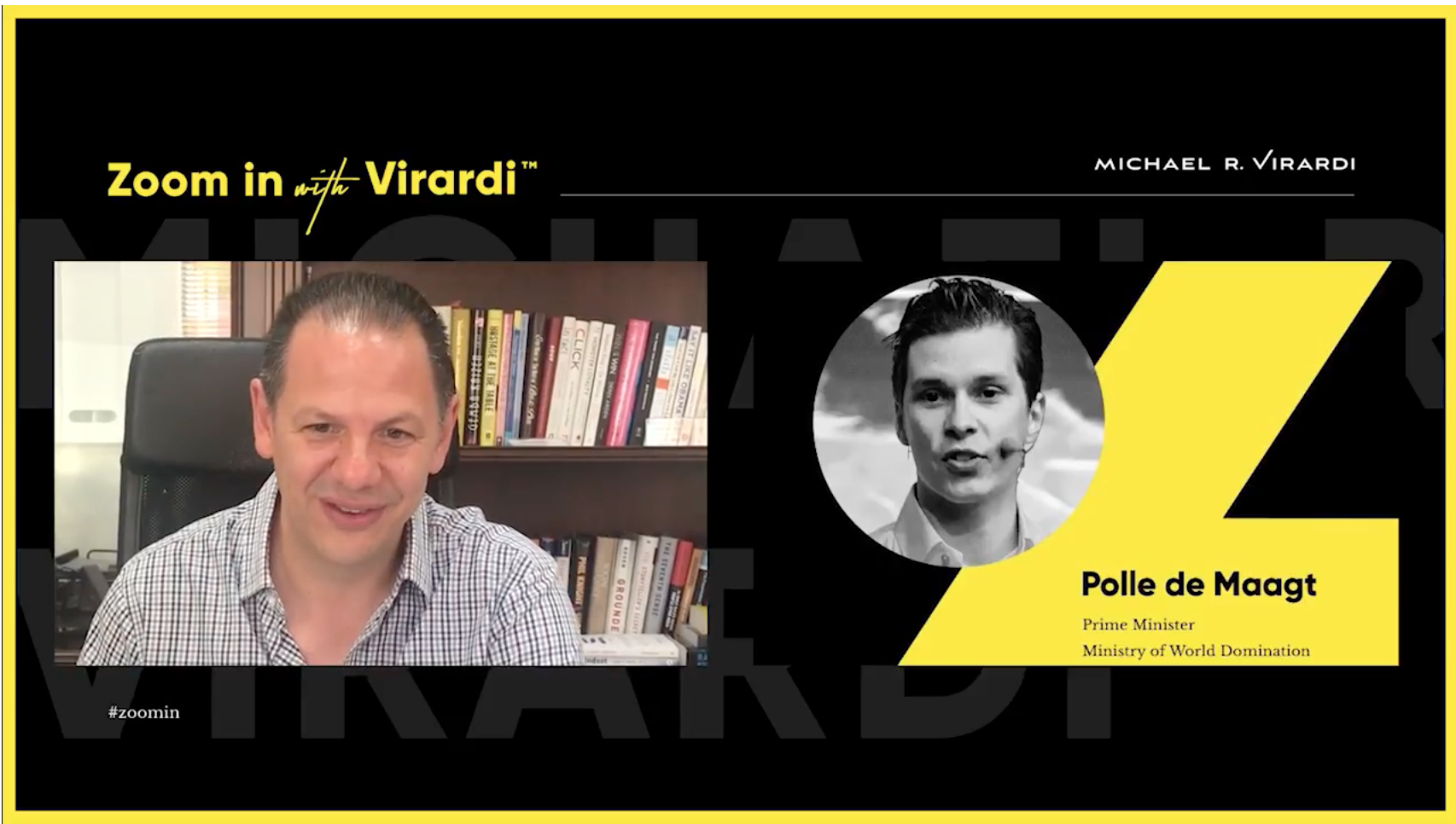 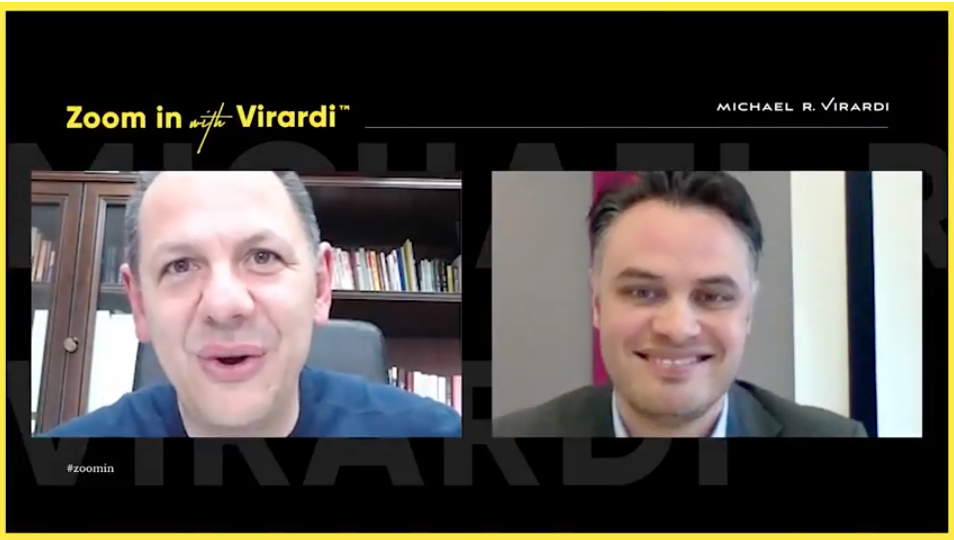 ZOOM IN with VIRARDI™, featuring Polle de Maagt from the Ministry of World Domination.

00:01 – 1:26 “Michael R. Virardi introducing Polle de Maagt, which runs the company called the Ministry of World Domination and goes under the title of ‘Prime Minister.'”

01:27 – 04:39 “Polle de Maagt on why Chief Executive Offices usually don’t trust marketeers and what should marketeers do about it”

04:40 – 07:50 “srprs.me (Surprise me) is a company that has come up with an innovative approach for making people happy, when they least expect it. Polle de Maagt describes this journey.”